Sheridan Smith is a funny, Funny Girl. We were privileged to see her last weekend in the new stage production of that name (Funny Girl, not Sheridan Smith), which finishes its run at the Menier Chocolate Factory in London Bridge this weekend. Easily one of the best and most fun shows we’ve seen. 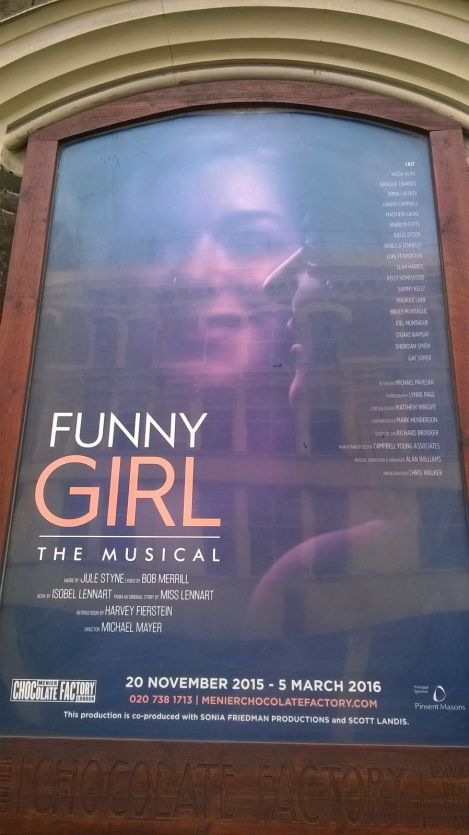 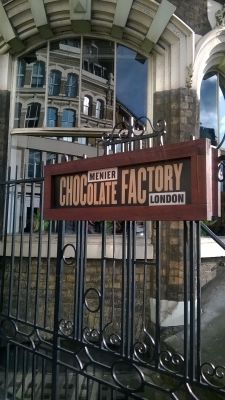 From the moment Fanny Brice whispered, “Hello, gorgeous,” to her reflection in her dressing-room mirror, we were enthralled, entranced, entertained, moved, captivated, delighted.

Sheridan Smith, a beautiful and skilful comic actress, brings so much charm and wit to the role of Fanny, the ugly-duckling-turned-Ziegfeld-Follies-star. We laughed and cried with her as she sang and one-lined her way to stardom and into heartbreak in the arms of Darius Campbell’s smooth, debonair Nicky Arnstein.

The staging was inventive. The musical direction and all those familiar numbers sublime. Sheridan balanced comic timing with emotion, taking us from awkward squirming out of Nicky Arnstein’s advances in You Are Woman, I am Man to the passionate delivery of People and her poignant, rousing Don’t Rain on My Parade.  She carried the adoring audience – and her enthusiastic cast of singers and dancers – along on her every note.

The ambience and  intimacy of the 150-seater theatre make it an experience unlike any other. Built as a five-storey factory and warehouse for the French Menier Chocolate Company when they expanded overseas between 1865 and 1874, the building opened in 2004 in its current incarnation. According to the website:

“Throughout its history, the Menier Chocolate Factory building has been inspired by both individuality and the pursuit of quality. […] the Chocolate Factory is a stimulating environment to enjoy a high-quality and entertaining theatrical experience.”

“There’s nowhere quite like the Chocolate Factory anywhere … The bubbliest kid on the block, and one of London’s great theatre hopes.”
The Daily Telegraph

It is an extraordinary, beautiful space. It was a privilege to sit in the second row and feel involved in every song and dance routine before us. We’d seen Kyle Riabko’s astounding and beautifully crafted  What’s it all about: Bacharach re-imagined there in July last year, before it too moved to a bigger West End theatre.

A friend once ran out of superlatives as she described a new book. She eventually just said, “Don’t ever not read this book.” I feel the same way about Funny Girl, and Sheridan Smith.

Our red box is richer for these tickets, as are we for the joy of watching Funny Girl. It’s moving to the Savoy Theatre in the West End in April and, who knows, maybe Broadway next. Don’t ever not see this show. Or Sheridan Smith.

Sunshine in London signing off for today!

Last night we went to see Macbeth in the Blitz at a small community theatre on the other side of the river from where we live. The whole concept of community theatre appealed to me and I was so excited to go and enjoy an evening of local talent. I use the word local very loosely: it would have been quicker to swim across the Thames.

I misunderstood the blurb about the play. It read:

“It’s January 1941. The Docklands is in the midst of the Blitz. The shattering attack on East London is having devastating effects on its people and the landscape. In an attempt to restore normality, to resist in the only way they can, a group of actors perform Macbeth in an air raid shelter.”

My expectation was that the play would be about a theatre group putting on Macbeth during those difficult and horrendously frightening days. Instead, the play was Macbeth with the screeching of sirens and the sounds of bombs going off every now and then. The costumes were appropriate for that time, but apart from that the sense of history and context was kind of lost. I would have loved to have known the back story.

The cast reflected the diversity of London in 2011, complete with a female King Duncan and accents from Eastern Europe, Asia and South America. There was some fine and passionate acting and it was certainly an ambitious project for an amateur dramatics group to take on. We particularly enjoyed the actor whose self-conscious default was to stand with his arms hanging about his sides like guy ropes.

The play was put on at The Space. I had read about this beautiful old building in the Isle of Dogs, and had long wanted an excuse to visit. Last night’s play was the perfect opportunity to do so, although there was no direct route to get there – we had to take a bus, a tube and then another bus, although we could have taken a ferry then a bus. A twisty route, indeed.

The Space is a community arts centre, offering theatre, music, comedy and dance. Converted from a beautiful 19th century church, with stained glass windows, and a high, domed ceiling, The Space offers a theatre space as well as a delightfully cosy cafe/bar upstairs, known as the Hubbub. The theatre, as it was configured last night, seats about 50 people. The audience sat on either side of the hall, with the play taking place in the middle.

The Isle of Dogs is an almost-island in the East End of London, in the loop of the largest meander of the Thames. There is some speculation as to how the name Isle of Dogs came about, but it was recorded as such for the first time in 1588.

Two more tickets for our red box. A visit to another area of London we’d not seen before. An interesting performance of Macbeth in a beautiful, historic venue. It was worth braving the cold and the circuitous public transport route for all that.